Written by Arun Sivashankaran
Updated over a week ago

These can be used within Google Tag Manager variables to integrate to other analytics and front end applications and are documented below.

All events sent by FunnelEnvy are prefixed with  backstage to avoid naming conflicts.

Within Google Tag Manager you can then create Data Layer Variables and Triggers based on the events and data sent by FunnelEnvy to integrate into Tags. 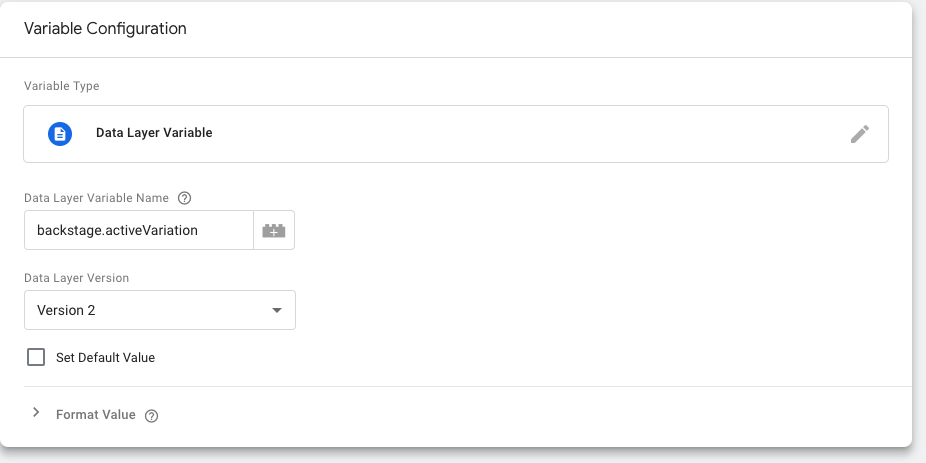 More information on the Data Layer can be found on the Google Tag Manager Developer Guide.

In addition to using the events above in Google Tag Manager, FunnelEnvy includes a data layer helper and exposes a function to allow developers to handle messages programatically.

To add a listener use the following structure after the window.funnelEnvy  object has been instantiated:

More information about listeners can be found in the data layer helper repository README on github: https://github.com/google/data-layer-helper

Did this answer your question?